In early 2018, I had the privilege to take part in a digital conservation course that seeks to explore ways to preserve traditional architectural details and crafting methods. As with many traditional processes, many of the skills involved were passed down kinesthetically or through verbal instructions. As such, it is difficult to find substantial documentation that could serve as a strong guide for future craftsmen or conservationists. However, with the appropriate implementation of emerging technology, all is not lost.
During the course, my team was introduced to our work site at Lian Shan Shuang Monastery, a signficant Buddhist monastery located in Toa Payoh, Singapore. As for a brief history, the temple was founded in 1898 with construction completed in 1907 by Low Kim Pong. The temple experienced multiple restoration works in 1918 and the 1950s. However, these restoration works resulted in the replacement of some uniquely crafted structures that were original to the temple. As a result, to bring back the temple to its former glory, a major restoration effort began in the 1990s where sculptors and artisans from China were invited to restore as much of the original architecture as possible. The restoration works were completed in 2001 and the temple was eventually reopened to the public.
The task that my group was given was to explore the use of latest 3D scanning technology to digitally document artefacts and architectural methods of the temple. 3D scanning, while not exactly new, generally suffers from a problem of time and cost. Some of the more advanced laser scanning devices such as the FARO Cameras are very costly and it takes time to process the data into a useable and accessible 3D digital model. Here comes Photogrammetry, a relatively new technology that seeks to solve the problems mentioned above.
Photogrammetry is referred as the art and science of extracting 3D information from photographs. The process involves taking overlapping photographs of an object or a space and converting the information into 3D digital models. This is made possible through the latest breakthroughs in machine learning and computational technology. The beauty of photogrammetry is that is makes 3D scanning much more accessible and affordable, given that most of these photos can be taken via smartphones that ordinary people like you and I typically own. There are also a variety of software such as Agisoft Photoscan or Autodesk Recap Photo that allow users to process the images and create the 3D models. Our group was excited to implement this method to capture some of the artefacts that could be found in the temple. Some artefacts photogrammed are the Mythical Tortoise Tablet, Sutra Pillar Base, Sutra Shrubs and some of the landscaping trees that are found in the temple. 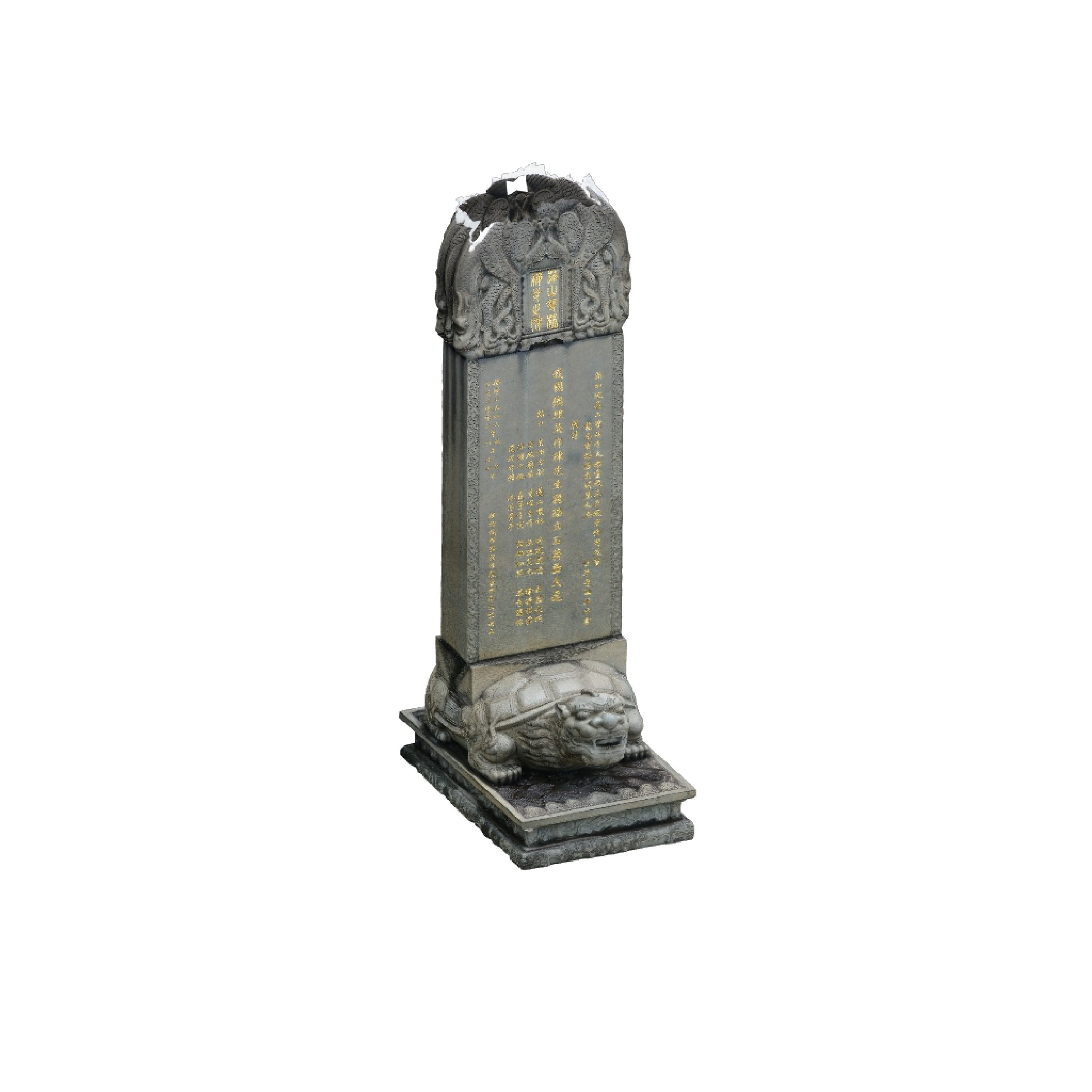 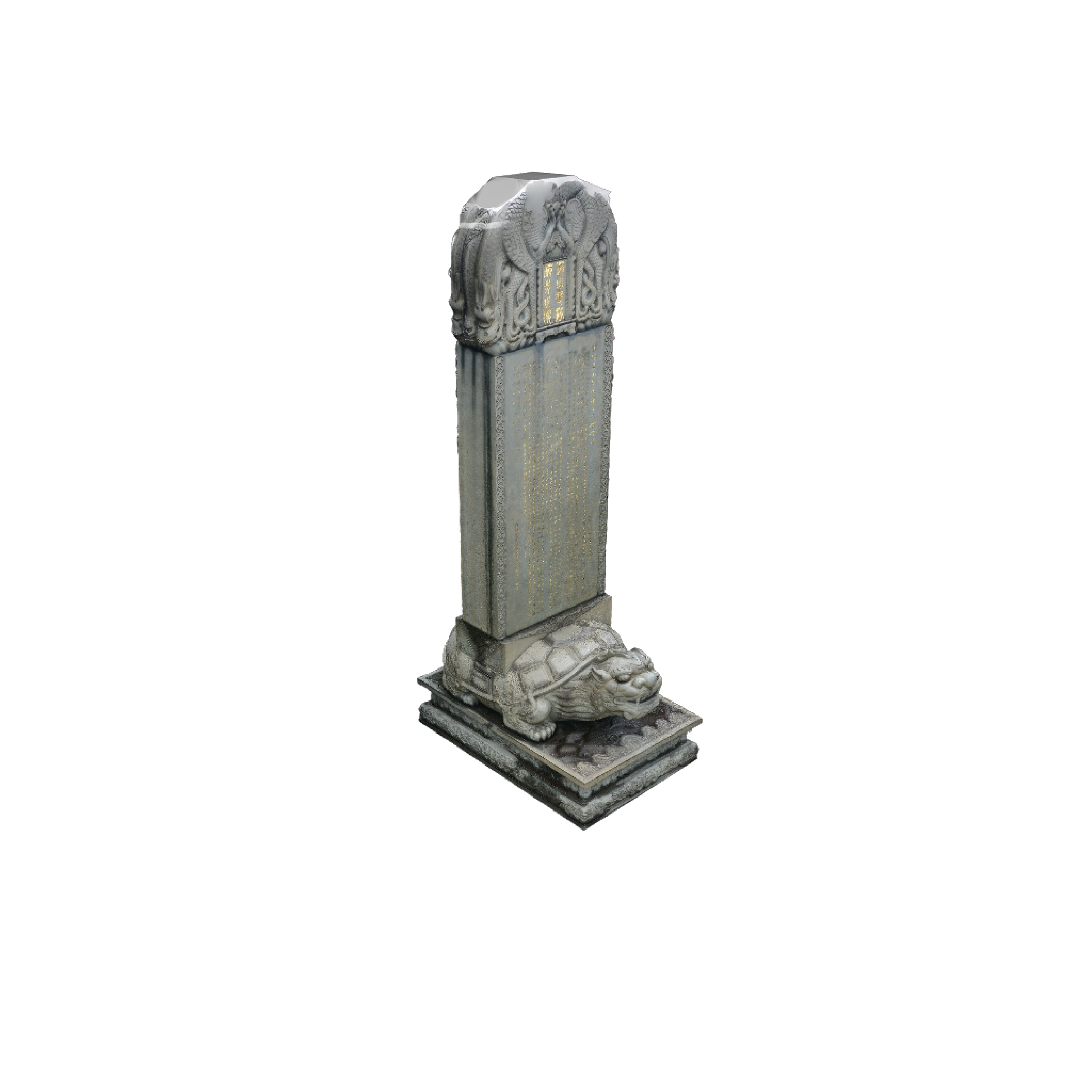 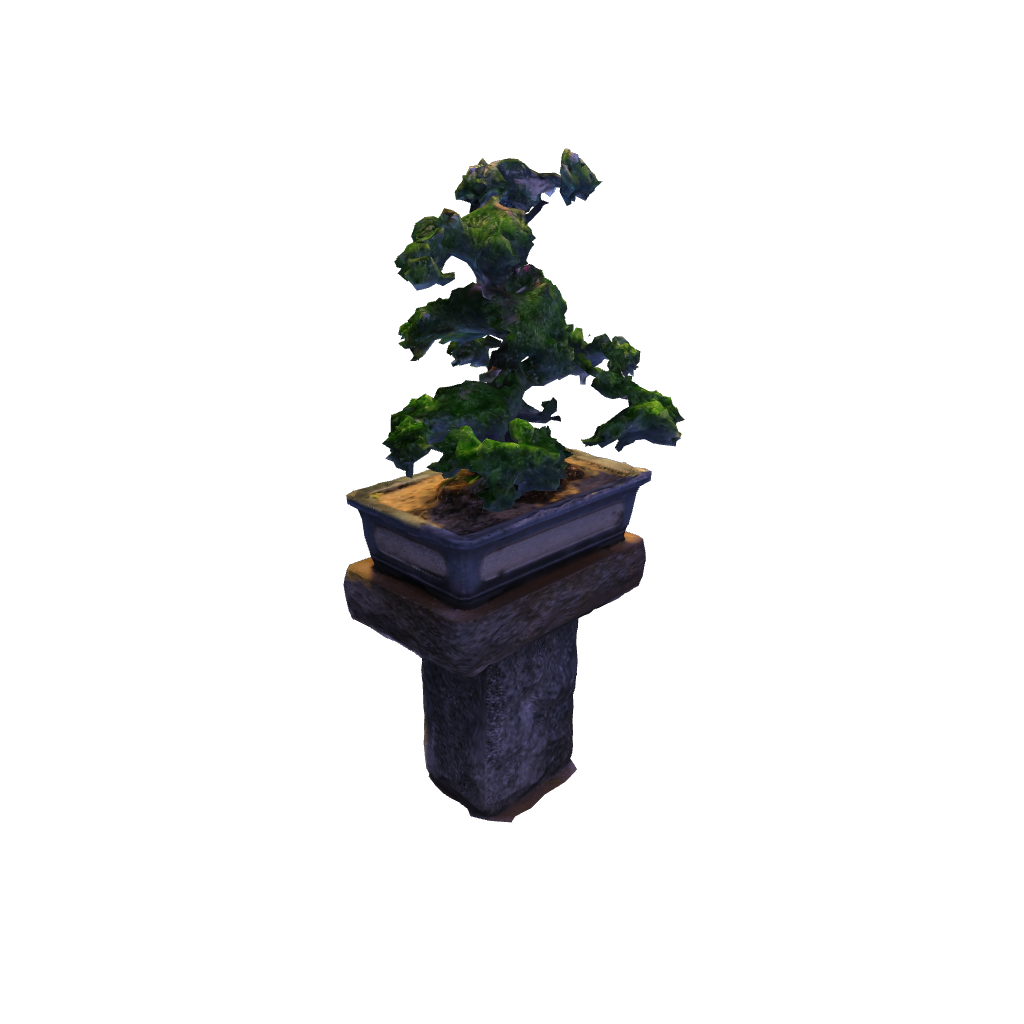 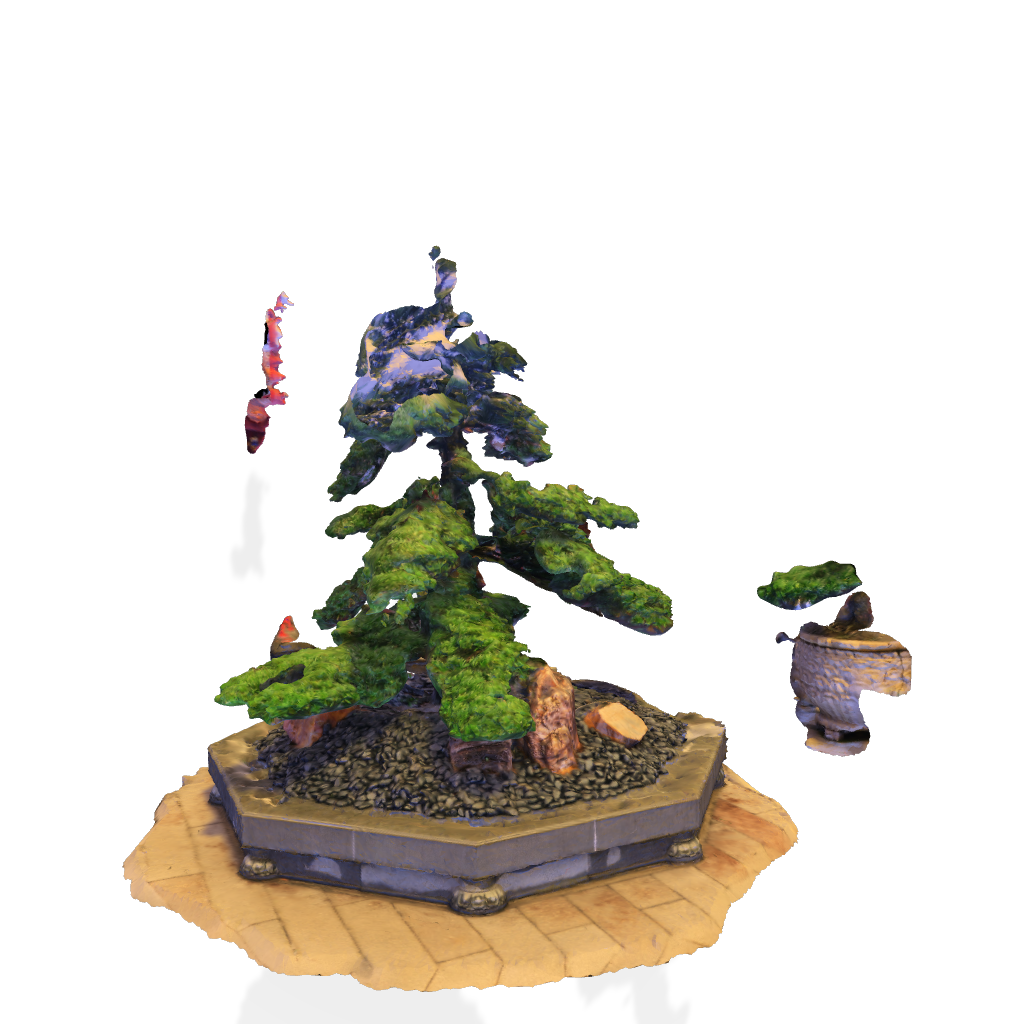 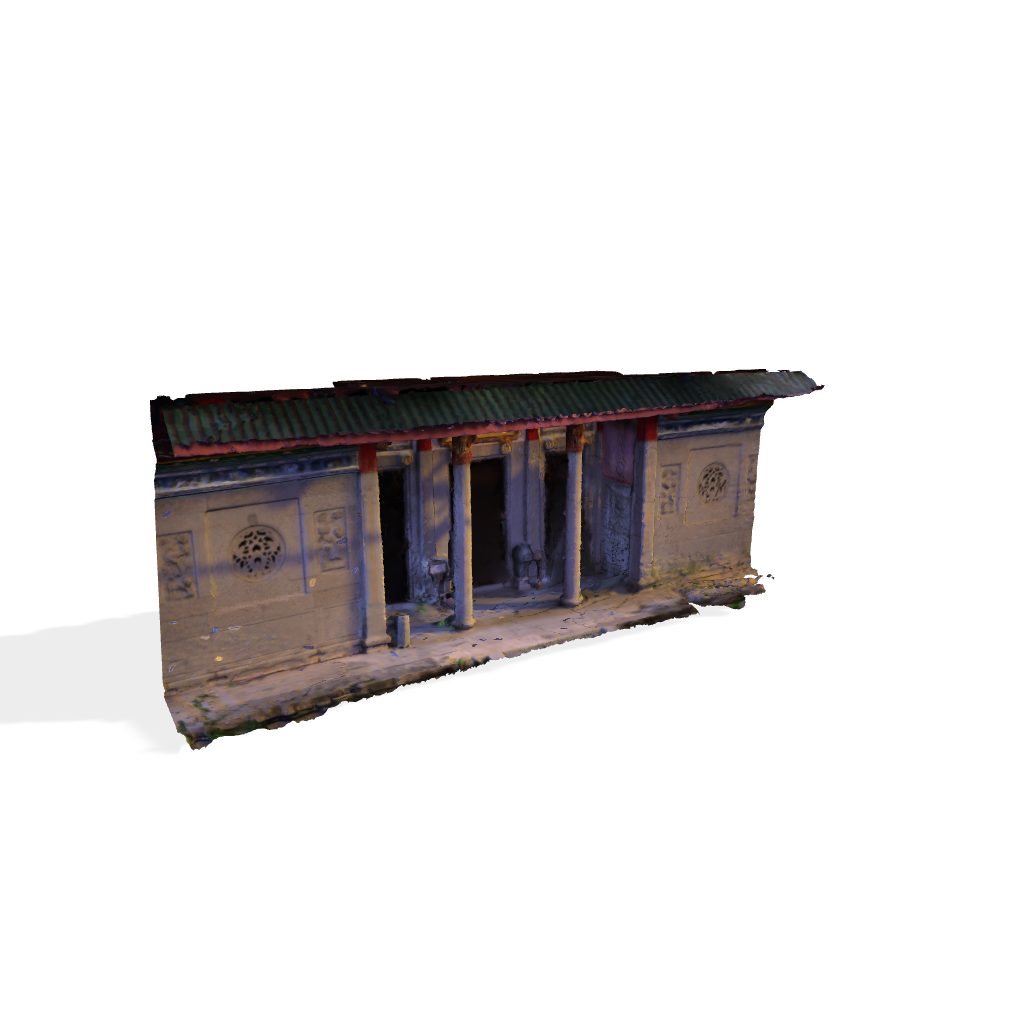 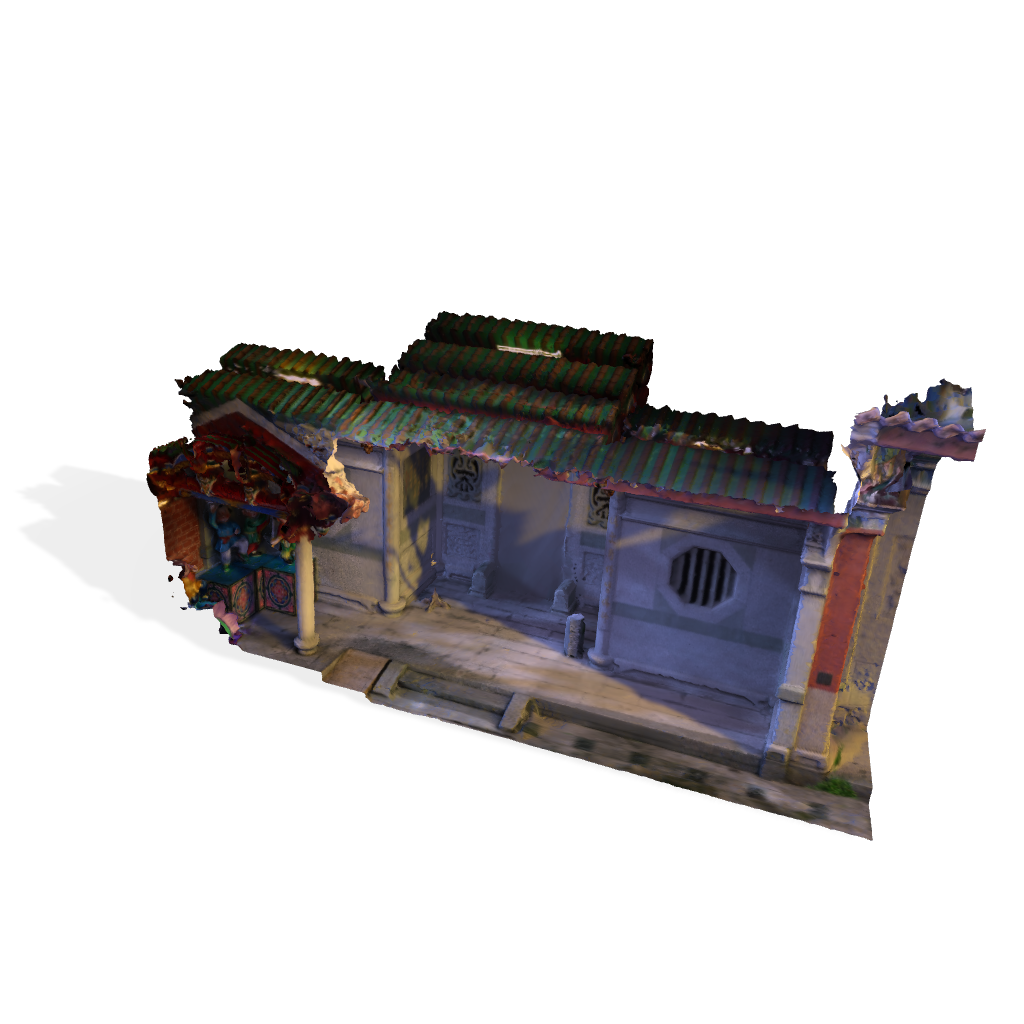 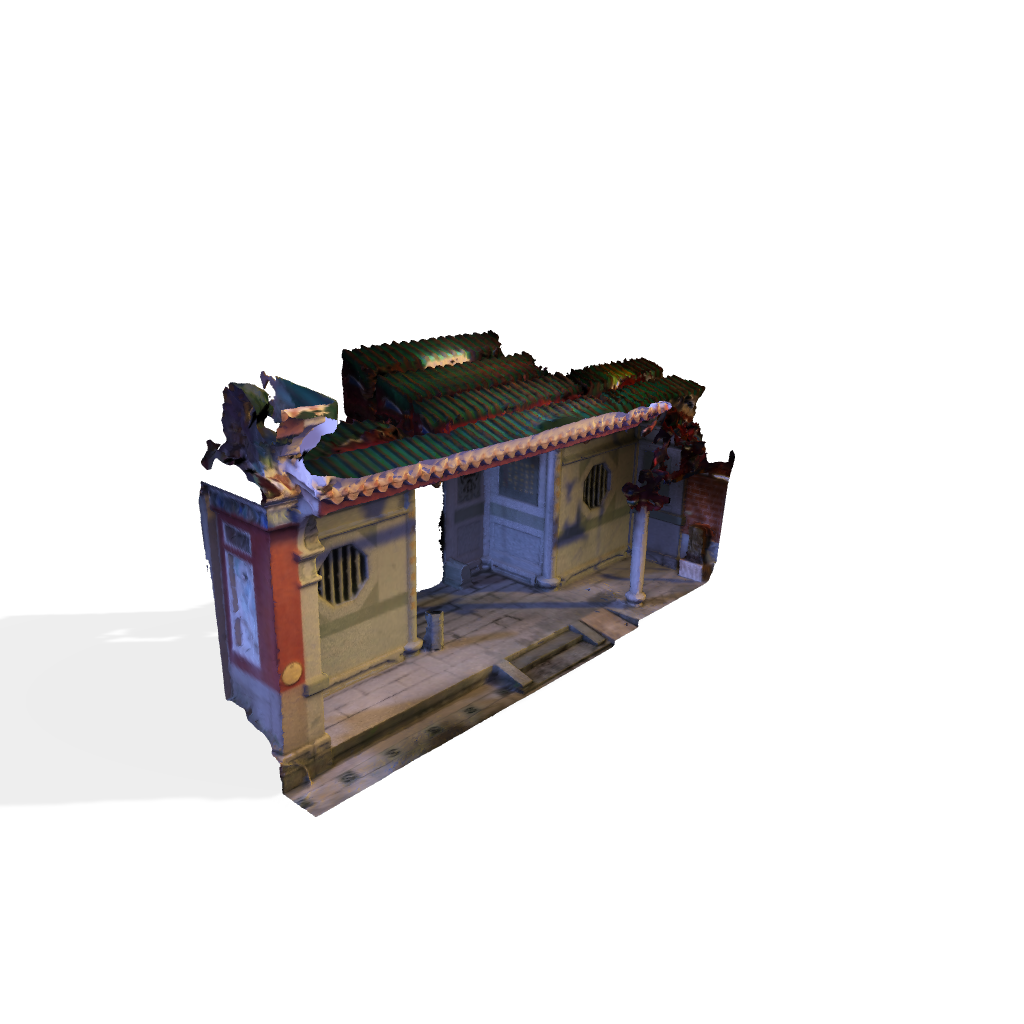 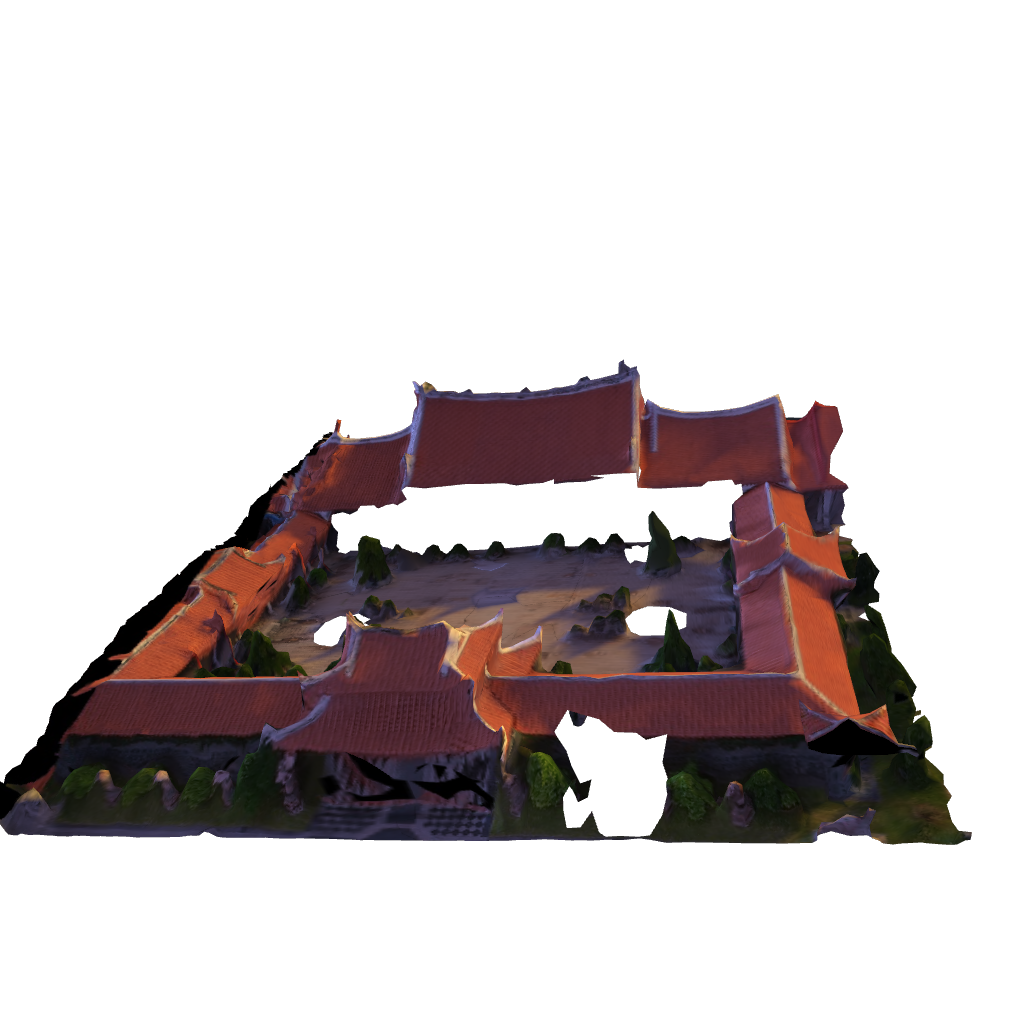 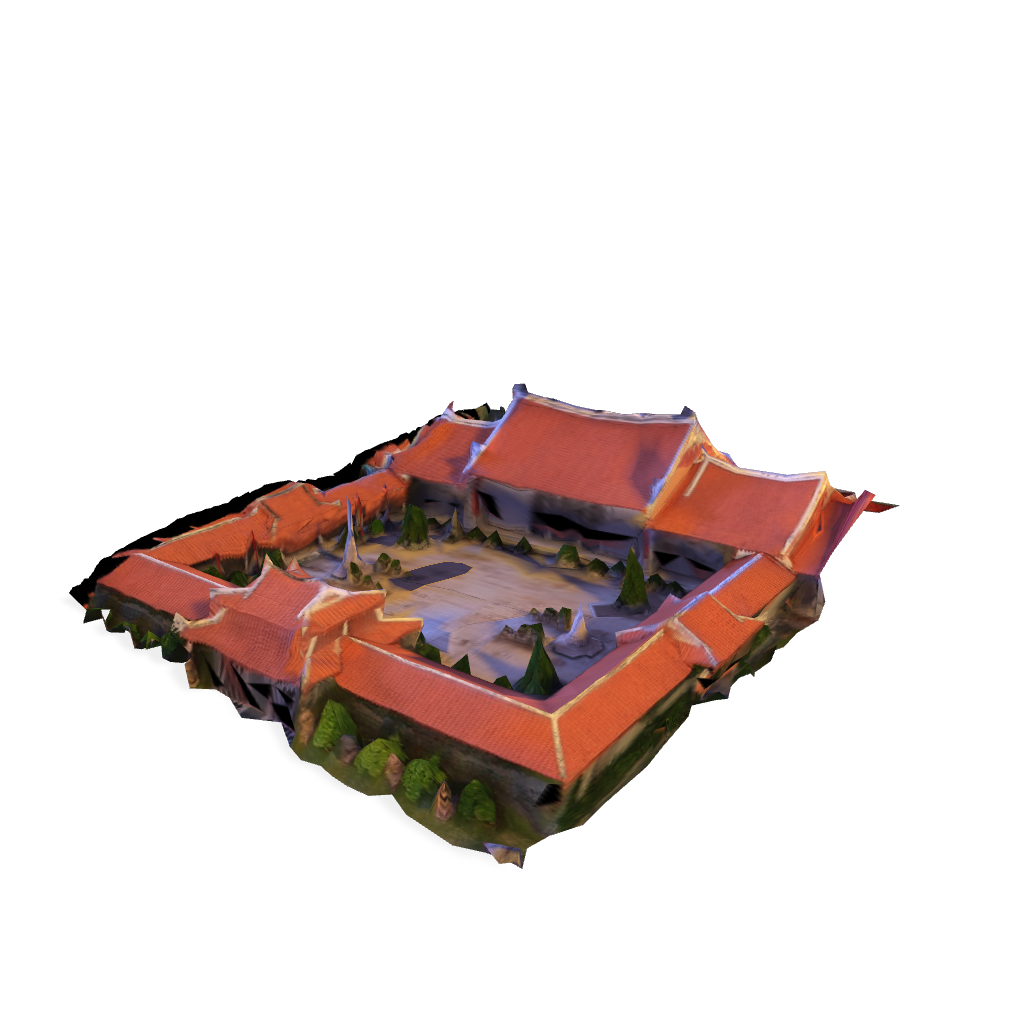 My team quickly realised that this method would not work for structures or objects that are larger. As such, we employed the use of drones to capture the details of these larger artefacts. With the drone, my team managed to get a high resolution images of the entrances of the Hall of Celestial as well as an overall model of the temple.
These images are eventually processed and converted into the 3D models that you see on the left. The team also compared the performance between the software. Agisoft Photoscan actually uses your computer's resources to process the photos while Autodesk Recap Photo uses a cloud based service to process the photos. What this meant was that you would require a fairly strong computer to be able to get a fast processing time if you were to use Agisoft. However, like me, if you have a much weaker and economical build, you might want to consider the Recap Photo for processing. Do take note that you will require a stable internet connection to access this cloud based processing.
As for the quality of the final 3D model, both software produced a comparable result. However, using Agisoft Photoscan does give the user more flexibility in troubleshooting in a case where the 3D model does not turn out correctly.
Overall, I was quite impressed with this process of Photogrammetry and I was excited to any future development that is to come for this technology. 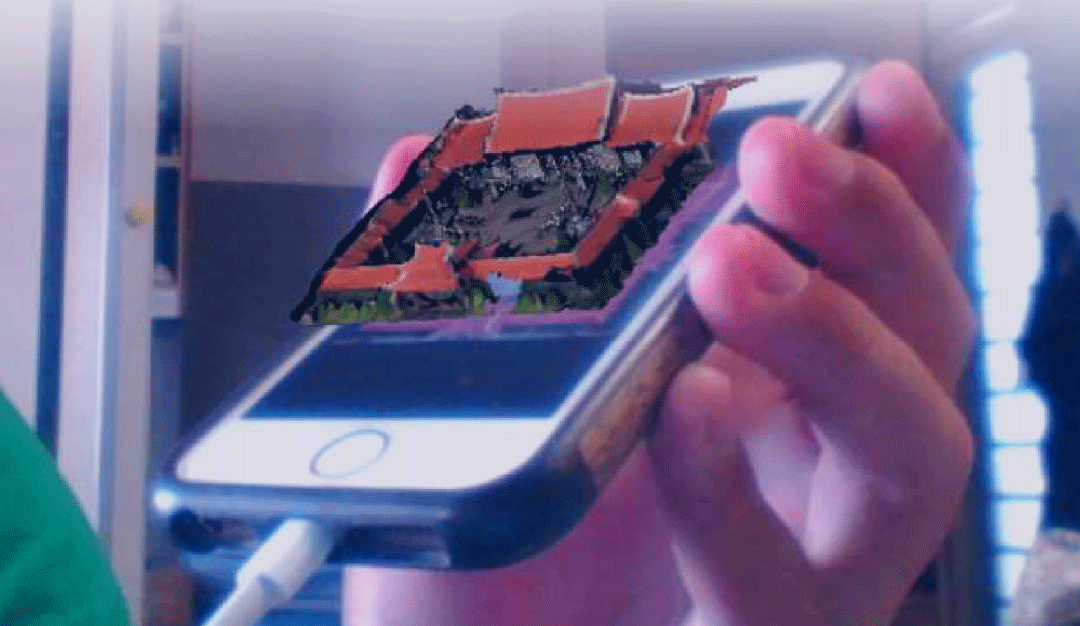 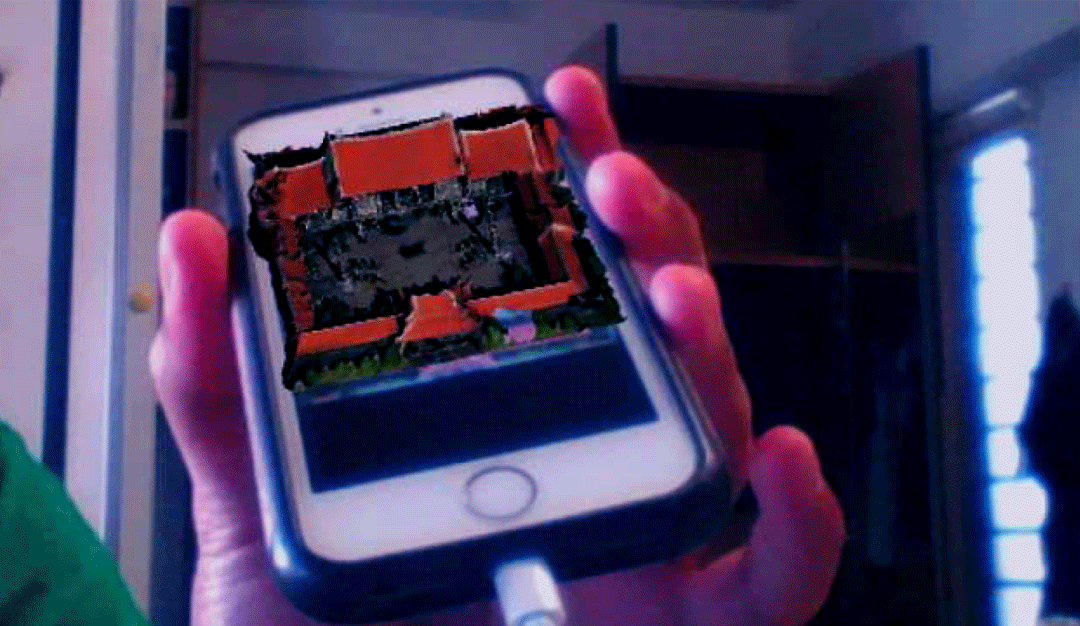 After generating the 3D models, my team was interested to explore how we can use them more meaningfully and make them more accessible. This resulted into our initial foray into Augmented Reality (AR).
We wanted to create a proof-of-concept for a digital heritage tour App. When paired with a physical guidebook, this App will improve the reading experience by complementing it with an AR feature that will bring the iconic heritage landmarks in Singapore to life. It is hoped that the novelty and the level of immersion that AR provides will increase excitement and curiosity for Singapore's traditional heritage.
The intended flow of the App would be:
1) Open to Main Menu
2) Select Play
3) <Device Camera Activated>
4) Point the device's camera onto the Images on the Physical Guidebook
5) <AR 3D Model to appear together with Information and Audio Commentary>
6) Within the active screen, user able to return to Main Menu and quit the App
The team managed to create a simple prototype as seen from the images on the right. It was definitely a fruitful learning opportunity especially with a team that lacked formal programming experience. Learning C# from scratch to program the simple interactivity within the App was definitely a challenge. Fortunately, using Vuforia (a third party SDK for AR implementation in Unity) was fairly straight forward and the team truly enjoyed the process. There was some technical learning points especially with the optimisation of the 3D model. Considering that we intended the AR experience to be on a mobile App, we had to be more sensitive to the graphical and computational limitations of current devices. As such, there was a lot of fine tuning and optimisation of the high-resolution 3D models that were generated via the photogrammetry software. We believe in the importance of this step as it can be the crucial element that may make-or-break the user experience of the App.
In conclusion, it was definitely a joy having this safe space to experiment with emerging technology whilst also delivering something that could be meaningful and revolutionise the way people experience culture and heritage. There is definitely a long way to go in terms of Photogrammetry and AR capabilities especially in creating information that is industry and commercial standard. However, at this stage, the possibilities are limitless and they are in the hands of future innovators like myself and my team.
Special thanks to studio instructor Prof. Yeo Kang Shua of SUTD and my teammates:
Irfan Hadi
May Thinzar Lin
Faiz Azhar
James
Written by Emir Hamzah in 2018
Published in 2021 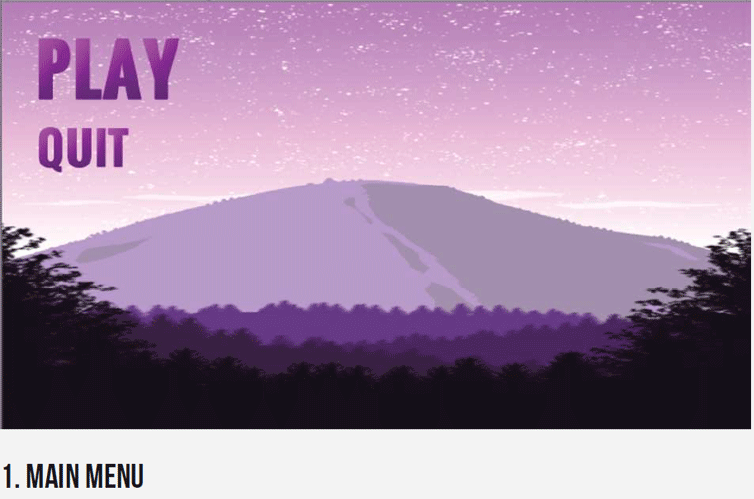 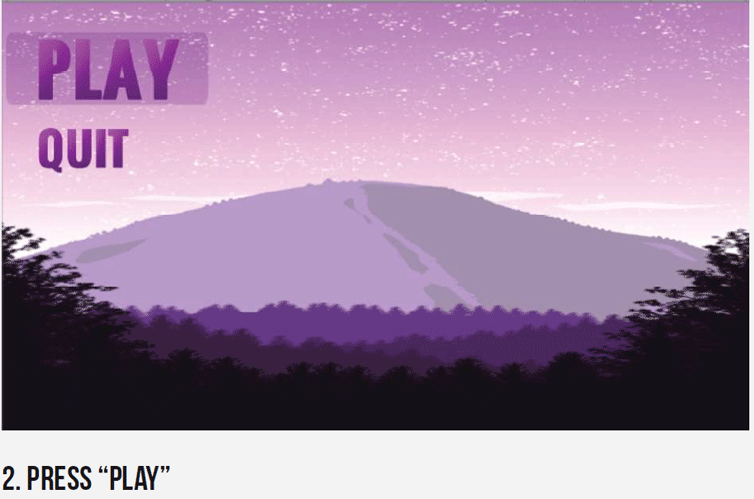 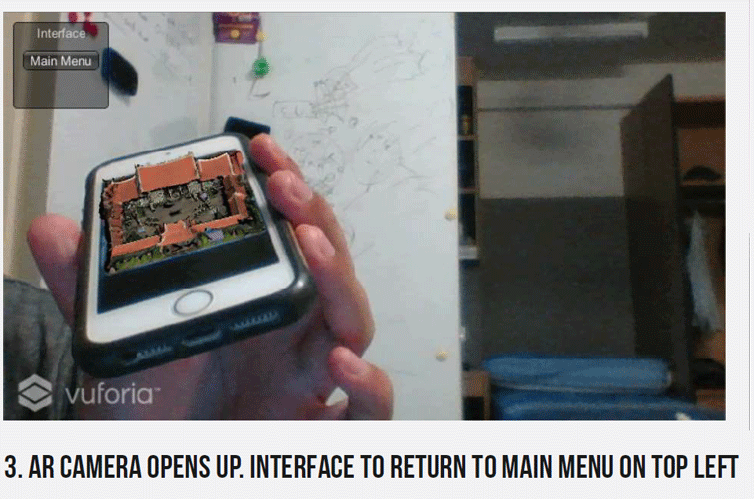 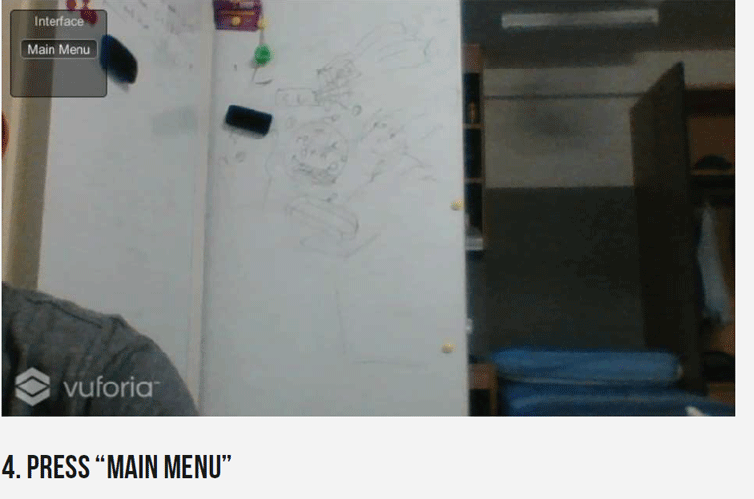